Distributed Cognition: How Teams Can Improve their Collective Performance 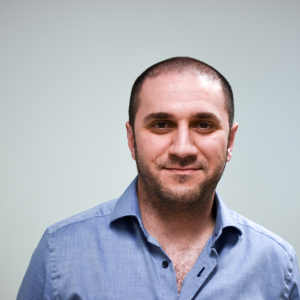 The nature of work has changed significantly throughout human history, often in concurrence with the change in the work environment itself. Machines now handle more and more physical and repetitive tasks instead of humans, and more human tasks are cognitive in nature – i.e. they involve critical thinking and intellectual toiling rather than hard physical work. As a sign of this, in many developed economies today the services sector is the one contributing the most to overall output, and workers with higher skill levels receive higher payment (skill premium). Moreover, for thousands of years, human beings have been gathering in larger and larger groups[1]. Given all of those circumstances, it is often the case today that job complexity prevents a single individual from accomplishing a demanding task on his own without any collaboration from others. Hence, there is now more focus on team work and team performance in almost all fields from waging businesses to warfare to the hospitality industry.

The pillar of effective cooperation: a well-functioning distributed cognition system

How can we work in teams? How much does an individual’s intellectual ability contribute towards the performance of the team as a whole? How do our minds interrelate while working within a team? To find the answers to those questions, behavioral scientists, sociologists and economists have tapped into a concept developed in 1990’s called distributed cognition1. According to this concept, the cognitive process within a team is not confined to the thoughts of a single individual. Rather, it is distributed across all individuals in the team as well as some elements of the their surrounding environment. A well-functioning team works as a single unit. Its members make decisions and solve problems together with each one contributing towards the overall team cognition.

Many examples of distributed cognition can be found in our daily life. This phenomenon comes into play even in small tasks like two persons trying to find the answer to a math problem2. To solve it, they discuss the problem with each other and lay out the steps on a piece of paper. This process requires not only the cognitive abilities of both individuals, but also the piece of paper to help them memorize information. The cognitive workload is distributed among both the individuals and some parts of their environment (the paper in this case). In the same sense, distributed cognition comes into play in aviation, civil engineering, in the emergency rooms, in entrepreneurial work, and social gatherings where distribution of thoughts across the minds of several people contributes towards the fulfilment of a certain task1,3,4.

The game of basketball is another fine example that illustrates the importance of team cognition4. When a player makes a blind pass during the game, he is unable to see the player at the receiving end and has to estimate where he should throw the ball. For this blind pass to be successful, both players must possess similar understanding of the current situation and should generate and execute the plan together. This shows that teams can use their shared understanding to complete an action. Now-a-days, we have various simulation-based training systems that have been developed with the purpose of improving team cognition and predicting how a team will handle different intellectual tasks (4). If we understand the basics and the critical components of any distributed cognition system, we can also take advantage of this concept to predict and improve team performance, whether it is a small business, a clinic, or a classroom.

Many neuroscientists and scholars are now shifting their focus from the individual’s cognitive abilities to those of the team. This is because the way team members interact and integrate with each other impacts the team’s overall performance (3). By carefully analyzing distributed cognition and the flow of information across a team one can easily predict how the team will behave under high stress and complex work conditions. For instance, if a team fails to exchange information that would help it make critical decisions, then team members are not communicating or coordinating with each other well enough. History is rife with examples that show how coordination failures3 within a team can result in disasters such as the Vincennes–Iranian airbus incident (1988), the failed management response to Hurricane Katrina (2005), and many others. Thus, a better understanding of distributed cognition can help us identify performance deficiencies and errors within a team. This can then be used to train team members to perform better in complex work environments.

A distributed cognition system consists mainly of individuals and the environment in which they interact4. The primary component is the individual, which embodies the skills, knowledge and thoughts of that particular team member. The environmental component represents the medium in which individuals interact with each other and make dynamic decisions (while on the move).

Generally speaking, a good team has a diverse range of team members who respect and support each other’s uniqueness but still work and coordinate between one another towards a common goal. It is often hard for any team to achieve this without being open to unfamiliarity and exploration.

Distributed cognition is an elegant concept. If put to proper use, it can provide opportunities to design contextually relevant technologies to promote human-human interaction, human-robot interaction as well as human-team positive dynamics. This enhanced interaction can be beneficial in a wide variety of fields ranging from medical science, biomedical engineering to even space programs. It usually contributes positively to both the bottom line and the top one.

We leverage behavioral science to enable your team to harness its own collective intelligence
Book a free 30-min consultation session
Distributed Cognition: How Teams Can Improve their Collective Performance